How strong is the Apple M1 Ultra? Multi-core performance close to Threadripper 3990X

How strong is the Apple M1 Ultra? Multi-core performance close to Threadripper 3990X

Today, the M1 Ultra chip released by Apple can be said to be a blast, crushing many x86 processors.

Apple announced at the press conference that the M1 Ultra has stronger performance than the 16-core desktop CPU, and consumes 100W less power, while at 60W power consumption it is 90% ahead of the i9-12900K.

Just after the press conference, the results of the M1 Ultra chip appeared on the Geekbench website. In the Geekbench 5 benchmark test, it ran a single-core 1793 points and a multi-core 24055 points.

So, is there a processor that can compete with the desktop class?

The foreign media tom’s hardware investigated the Geekbench5 running scores on the market and found that the multi-core score of the M1 Ultra is comparable to the 64-core Threadripper 3990X, with only a 4% difference, which is basically close to the score of the top server processor.

The x86 processor is naturally not a complete failure, saving face in the single-core benchmark, but even so the M1 Ultra’s score is still in the middle of the i9-12900K and AMD Ryzen 9 5950X.

Considering the M1 Ultra has only 20 CPU cores and consumes only 60 watts, this performance is incredible.

It is reported that the Apple M1 Ultra is Apple’s strongest chip so far. Among the 20 CPU cores, there are 16 performance cores and 4 energy efficiency cores.

The GPU has 48-core and 64-core options, a 32-core neural network engine, supports up to 128GB unified memory, and has a memory bandwidth of up to 800GB/s.

Not only that, the M1 Ultra has another record number of transistors, reaching 114 billion (M1 Max is 57 billion transistors). 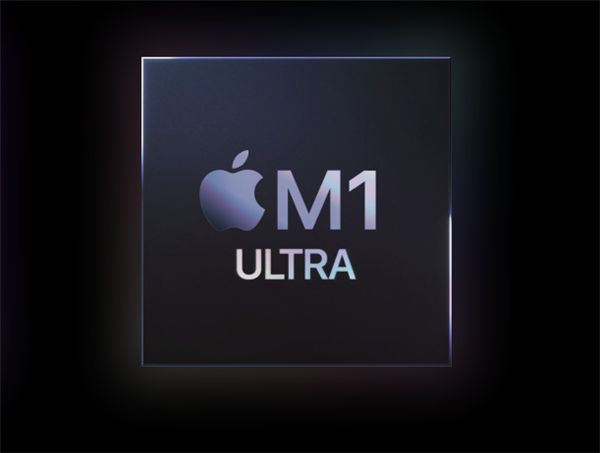