Today, Redmi Mobile officially announced that it will reach an exclusive mobile phone partner with the Messades-AMG F1 team to explore extreme performance together. 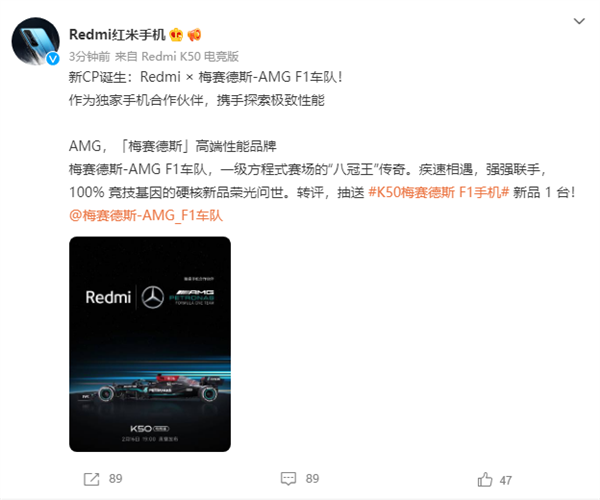 Previously, there was news that the Redmi K50 e-sports version will have a Mercedes-Benz joint version, and a joint poster has been exposed. Although the official announcement did not release the specific cooperation model, it also confirmed the news.

The K50 e-sports version is a new product of the Redmi K series, and it is also the first mobile phone of the K50 family. It will be equipped with a Snapdragon 8 Gen 1 processor and a 120Hz high refresh screen that has been rated by DisplayMate A+, with excellent hardware quality.

In addition, the K50 e-sports version will also have a Sony IMX686 as the rear main camera, and the first IMX596 as the front camera, so that the front and rear image capabilities of the mobile phone will reach the flagship level.

On the other hand, the Messades-AMG F1 team that has reached a cooperation with Redmi this time can also be called “hard core” in the field of F1 racing.

The predecessor of the Messades-AMG F1 team was the Brown team founded by team leader Ross Brown on March 6, 2009. In the same year, the team was acquired by the car manufacturer Mercedes-Benz and changed its name to Messard S-AMG F1 Team.

After a short period of adaptation and running-in, the Messades-AMG F1 team began its championship journey. As of 2020, the team has created a historical record of winning the F1 team championship for seven consecutive years. 4th on the championship list.

At present, Redmi has not officially announced the specific cooperation content of the Messades-AMG F1 team. Except for the joint mobile phone that has been revealed, it is still unknown whether there are other surprises. 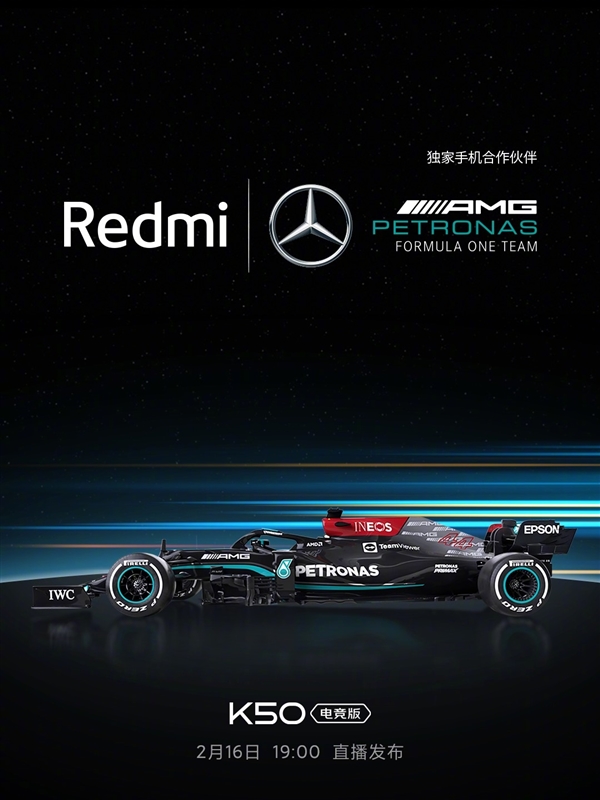